The surface adsorption of heavy metals in effluents with nanoparticles is today a
suitable method for effluents treatment. In the present study, lignocellulose nano-fibers
(LCNFs) were used as natural adsorbent for lead adsorption. The aim was to evaluate lead
adsorption using adsorption isotherms, kinetics and thermodynamics. Fourier TransformInfrared Spectroscopy (FT-IR) and Transmission Electron Microscopy (TEM) were
employed to determine the chemical and structural properties of this adsorbent. To study
the adsorption isotherm, two-parameter models of Langmuir, Freundlich, Temkin, and
Dubinin–Radushkevich were compared and three-parameter models of Redlich-Peterson
and Sips and maximum correlation coefficient (R2) were selected as the best isotherm
model for lead adsorption, which was obtained for the Langmuir model at 0.9997 and the
Redlich-Peterson model at 0.9338. Therefore, the data were consistent with both models but
were better described by the Langmuir model, indicating homogeneity of the adsorbent
surface. In addition, reaction kinetic models, including pseudo-zero-order, pseudo-firstorder, pseudo-second-order and pseudo-third-order as well as the diffusion kinetic models
including intra-particle diffusion and Elovich were investigated for adsorption reaction. The
maximum correlation coefficient (R2=1) was related to the pseudo-second-order model;
therefore, the lead adsorption by LCNFs was of a chemical type. The results obtained from
the calculation of thermodynamic parameters such as Gibbs free energy (ΔG), enthalpy
(ΔH◦), and entropy (ΔS◦) respectively showed spontaneity, exothermicity, and increased
irregularities of the reaction. This study showed that LCNF is suitable for the adsorption of
lead and as such could be used as a cost-effective adsorbent in the process of industrial
wastewater treatment. 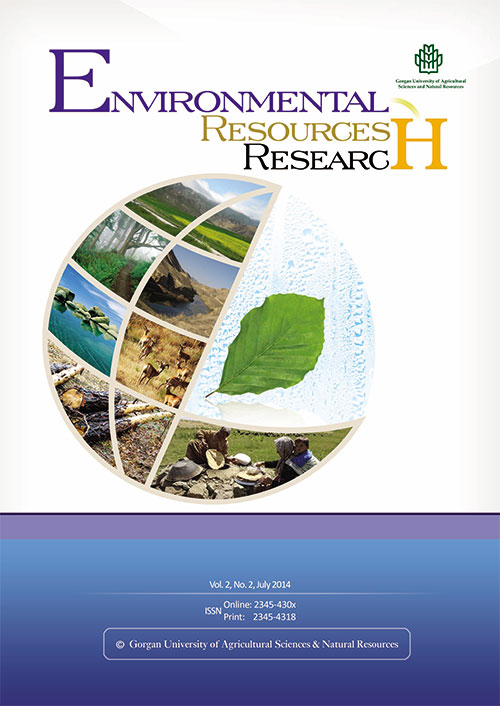